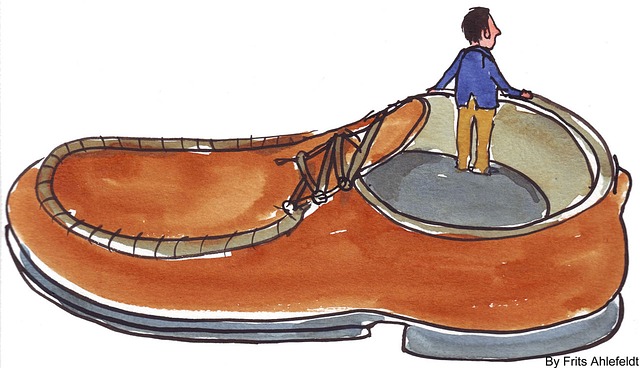 Recently a colleague quoted a 3rd century text in the course of a discussion:

“A friend can be acquired only with great difficulty.” It is from a 3rd century collection of midrash on Deuteronomy, Sifre Devarim.  I’d heard of it but never studied it. I was curious about the context – what kind of friend? what sort of difficulty? How could I resist?

Normally when I want to look up a rabbinic text, I go to my bookshelf. I don’t own a copy of Sifre Devarim, so I went online. I found a translation of the text, even though I could not find a copy of the Hebrew text. (That will have to wait until I visit the HUC library later this summer.) Still, here is a translation of the line in context by Dr. Marty Jaffee of the University of Washington. Note that the word chaver may be translated both “friend” and “study partner:”

Then HASHEM said to Moses:

this phrase actually implies an act of seizure,

for a study partner can be acquired only with great difficulty.

On this basis they taught:

A person should acquire for himself a study partner—

to declaim Scripture with him,

to repeat oral traditions with him,

to eat and drink with him,

and to whom he can reveal his secrets.

So the rabbis of Sifre Devarim were asking themselves, “How did Moses train Joshua to be his successor?” Joshua needed to learn from Moses – how was that going to happen? The rabbis considered their own experiences with learning relationships. They may have been thinking about the critical problem of developing new leadership, and were looking to the life of Joshua to see how he grew into being the worthy successor to Moses.

Learning partnerships were very important to the rabbis. The word chaver that is usually translated “friend” in Modern Hebrew also meant “study partner” in Rabbinic Hebrew. We see in the texts that those were some of the most important relationships in their lives. There’s a story in the Babylonian Talmud, Ta’anit 23a, about Honi the Circle Maker. Honi fell asleep for seventy years, and when he woke up, he discovered that his son was dead and so were all his old study partners. He died of grief. The story in Ta’anit ends thus:

Rava said, “That is what people mean when they say, ‘Either companionship or death.'”

A line in Dr. Jaffee’s translation immediately reminded me of another text, possibly the most famous text on the subject:

This text makes a distinction between mentors and friends, the same distinction we see in the Sifre Devarim text.

Joshua needed mentoring, if he was to succeed Moses as leader. However, one cannot force another person to accept instruction from a mentor. One can learn from a mentor only by choosing to follow their lead. Therefore Moses needed to acquire Joshua as a chaver, a friend, so that they could learn together what God needed to convey.

The rabbis recognize, though, it is difficult to make a new friend. You don’t just march up and say, “We’re going to be friends” any more than you might walk up to another person and say “I’m going to marry you.” (You can try, but the other person may decide you are creepy and just run away!)

Moses certainly could have marched up to Joshua ben Nun and said, “Lookit, fellow, God says I am supposed to take you and make you into the next leader of Israel.” However, Joshua might easily have said, “No thanks,” especially after seeing how that role had worked out for Moses. The 3rd century rabbis saw that there was more to the Numbers 27 text than Moses walking up and saying “Tag, you’re It.”

While the message is rather subtle, I suspect that they were trying to figure out how to nurture good leaders without scaring them off or winding up with blowhards who wanted leadership for bad reasons. 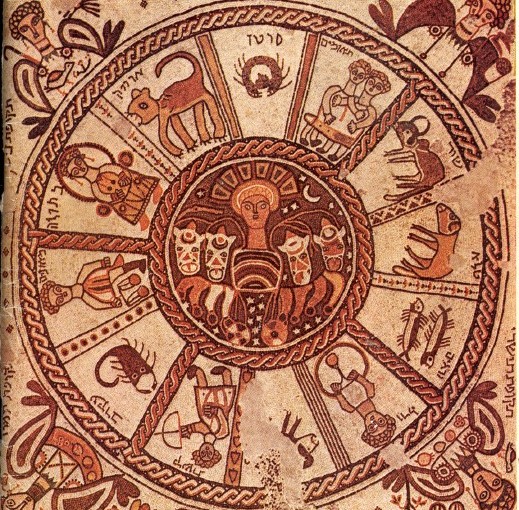 “Every blade of grass has an angel that bends over it and whispers, ‘Grow! Grow!'”

Lovely, no? This quotation, attributed to “The Talmud” appears in various places online. The only trouble with it is that it was translated so sweetly that it has lost its meaning. The moral of that  story: be careful about alleged quotations on the Internet, especially if translation is involved.

“The Talmud” is huge. The closest I’ve been able to come to locating this alleged quotation is something from rabbinic literature, but not in the Talmud. It’s from a collection of midrash called Bereshit Rabbah:

“Ben Sira said: God caused herbs to spring forth from the earth: with them the physician heals the wound and the apothecary compounds his preparations. R. Shimon said: There is not a single herb but has a mazal [constellation] in the heavens which strikes it and says, “Grow!” – Bereshit Rabbah 10.6 (my translation)

Translation is an art, and sometimes the most literal translation is not the most accurate in transmitting the meaning of a passage. However, sugar-coated translations can do more harm than good when they virtually reverse the meaning of a passage. The literal translation suggests that even plants have a destiny [a horoscope, at a time when rational people put faith in such things,] Rabbi Shimon adds that living up to destiny is not always a pleasant process: this mazal* “strikes” (and yes, that’s the verb, from the same root that gives us “flogging” for punishment) the plant and says to it, “Grow!”

Certainly it is more pleasant to think of angels whispering to blades of grass than it is to think of the stars whipping medicinal herbs into shape. Unpleasant or not, this midrash has something important to teach about growth: it often hurts. Leaving Egypt was a painful process: Pharaoh increased the workload, then God started bringing the plagues, most of which affected Israelites as well as Egyptians, then the scary night of escape, then the scary passage to and through the Reed Sea. Then everything else. If there was a pleasant, quiet “spiritual” moment in all that process, the Torah doesn’t record it.

We call them “growing pains” for a reason: growth hurts. That is why it behooves us, out of the mitzvah of kindness to suffering creatures, to treat those who are learning with kindness. No angels are bending over them whispering. No, whatever Torah they are called to do in the world is calling to them, striking them, saying, “Grow! Darnit, grow!”

And when we feel own growing pains, we must remember that like the medicinal herbs in this midrash, we are called to something important, in our case, lives of Torah. Growing in Torah is sometimes a painful process. Feeling the pain is not necessarily a sign that we’re on the wrong road: sometimes it is a sign that we’re actually feeling the growth.

That’s why we need teachers and advisers, why it is often said that “Every Jew needs a rabbi.” We must talk with our guides, reflect with them, when we feel growing pains. They may just be a sign that we’re well on our way to that “mazal,” the destiny which is ours to fulfill.

*Mazal did not mean “luck” in the time of Bereshit Rabbah. It meant “constellation” or “arrangement of stars” and “mazal tov” meant something along the lines of “the stars were in your favor!” It has survived as an idiom of congratulation in both Hebrew and Yiddish, even though we no longer believe that our fates can be predicted or manipulated with astrology.

#blogExodus, the brainchild of Rabbi Phyllis Sommer, invites participants to chronicle the weeks leading up to Passover through blog posts, photos, and other social media expressions.

I went to see the film Noah. Seen it? What did you think?

For my comments about the film, check out its entry on the Jewish Film blog. The bottom line: I thought it was great midrash, in the informal sense of the word.

Midrash is often spoken of as literature that fills in the gaps in the Biblical story. For instance, what does the Bible tell us about Abraham’s childhood, or for that matter, what does it tell us about why God picked Abram for the covenant?

If you said, “nothing,” that was the right answer.

If you said, “What about the story about his father Terah’s workshop?” then you are referring to a midrash from the 5th century collection Genesis Rabbah.

If you are an eager beaver and want to find books of midrash, you can do so but you may find that they are somewhat daunting. The colorful stories are embedded in sermons, ethical debates, and legal discussions. Classic rabbinical midrash took very specific literary forms which are foreign to modern readers. For a little taste of this sort of midrash, you can find Genesis Rabbah (also called Bereshit Rabbah) online.

Sometimes people refer to films and stories as “modern midrash.” It doesn’t carry the authority of the classical rabbinic midrash, but it is also an elaboration on a Biblical story. A film can include midrashic elements (see Noah and The Prince of Egypt.) Novels like The Red Tent can be built completely of the writer’s speculations about the Biblical story.

You can also do this sort of informal midrash on your own. In fact, you probably already do. Have you read a passage from the Torah and thought to yourself, “But what about….?” or “Why did he…..?” If you began to speculate about possibilities that are not actually IN the text, you were engaging in a midrashic process.

Here’s an interesting exercise: try to read a Biblical text and NOT add anything to the text. If you start filling in details, stop. If you start wondering about something, stop. Just deal with the words on the page. It’s tougher than you might think.

Midrash reflects a very human impulse. We want to understand the text, and when what’s there seems awfully skimpy, it’s natural to speculate. It’s just important to keep track of what is really IN the text and what isn’t.

Yesterday I moved into my new home. Last night, the skies over the Bay Area opened and it has been raining ever since. Last night I got the kitchen set to rights and was contented, today I am watching the gutters overflow and am looking for someone to help.

Not only was Kohelet wise, but he also imparted knowledge to the people. He pondered and searched out and set in order many proverbs. The Teacher searched to find just the right words, and what he wrote was upright and true.

The words of the wise are like goads, their collected sayings like firmly embedded nails—given by one shepherd.  Be warned, my son, of anything in addition to them.

Of making many books there is no end, and much study wearies the body.

Now all has been heard;
here is the conclusion of the matter:
Fear God and keep his commandments,
for this is the duty of all mankind.
For God will bring every deed into judgment,
including every hidden thing,
whether it is good or evil.

There are some things in life that are clearly good, or clearly bad, but for many things, we won’t really know until it all plays out. There’s an old Jewish story in which a man gets a horse for free, and he crowed, “Good luck!” Then his son broke his leg riding it, and he cried, “Bad luck!” Then the Russian Army came through drafting all the young men, but they didn’t take the man’s son because he had a bad leg — but the man would no longer declare something “good luck” or “bad luck” because the truth is, it’s often hard to tell.

May your gutters run freely, may your feet stay dry, and may all of us learn to reserve judgment until we have all the facts!