Jewish traditions for speaking of the dead are ancient, going all the way back into the mists before historical time.

Sarah died in Kiriyat-Arba, now Hebron, in the land of Canaan, and Abraham began to lament (lispod) and weep (v’livkotah) for her.

The verb lispod (to lament) is a very specific word. It means “lament,” which is an ancient literary form. The most famous examples of this literature are the book of Lamentations and psalms such as Psalm 79.

It is sometimes translated “to eulogize” although a lament is not exactly a eulogy. Eulogy comes from Greek words meaning “beautiful” and “words.” A conventional eulogy is a speech of “beautiful words” about the dead person, avoiding saying anything bad about them. A lament is a literary form speaking from the kishkes (gut,) expressing grief and telling the truth about a situation. It ends in a statement of hope, sometimes rather a faint one, but always hope.

Strictly speaking, the words spoken about the dead at a Jewish funeral are not a eulogy; they are a hesped, from that same verb, “to lament.”  I learned how to write a hesped from Rabbi Steve Leder of Wilshire Boulevard Temple in Los Angeles. He taught us that there were traditionally two things that must happen for a proper hesped: we must (1) tell the truth and (2) make people cry. He acknowledged that it could be difficult to do the first one when the person in question was not a mensch. Then he reminded us that no human being is without flaws.

The truth of this came home to me early in my rabbinate, when I had the task of conducting a funeral for a man I’ll call “Abe” who definitely had two sides. This came out when I interviewed the family as I prepared the hesped. According to one of his adult children he was a wonderful person. According to another adult child, he was extremely cruel. I had met him several times and had sensed a hint of this duality.

It was important to both children that I “tell the truth” about their dad, and it meant walking a very fine line. I wrote a hesped in which I acknowledged his many public good works, and said, “Anyone who knew Abe well, knew that he could be very determined that his way to do something was the only way, regardless of the consequences.”  All of the adult children felt that I had presented him accurately. No one wanted a scandal; they just wanted to hear the truth so that they could mourn the person they remembered.

I think about that hesped every time a public figure dies. The media has a tendency to eulogize the dead, to refer only to the things that people admired about them. This is in keeping with the Western tradition of eulogy, which we inherit from Greek and Roman culture. We “don’t speak ill of the dead.”

A counter-narrative arises (these days, on Twitter) that insists that the dead person was BAD and that everyone saying the good things is missing the point. Both the hagiographists and the critics are mistaken: human lives always are a mix of good and bad deeds, and not all deeds are experienced in the same way by the people affected.

Jewish tradition guides me in talking about the dead. I acknowledge their humanity by noting both the good and the bad. Before burial, I detail the good – for the sake of the mourners – and acknowledge their flaws. Later on, there is plenty of time to be blunt, if there is reason to do so.

Talking about the dead honestly is a difficult task. That is why Jewish tradition encourages us to leave the formal eulogy, the hesped, to a rabbi,a professional who has been trained in its complexities and pitfalls. 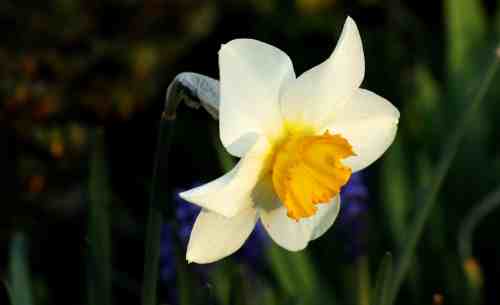 Columnist Frank Bruni wrote a great opinion piece for the New York Times, “Death in the Age of Narcissism.” He makes the point that Americans have developed the habit of making the death of public figures an opportunity to talk about themselves. The President does it, other public figures do it, and reporters do it, and it’s a bad habit all around. I recommend you click on the link and read the piece; it’s good.

Many of us don’t fully appreciate what we’re doing, and that’s a damned good reason, among plenty of others, to pay closer attention to it. It undermines what should be our goal, which is to put someone else in the spotlight. We can’t do that if we’re crowding the stage. – Frank Bruni, “Death in the Age of Narcissism.”

Agreed, but I have a minor disagreement with his thinking. Obituaries and eulogies are not for the dead; the dead cannot hear them. Public speech after a death speaks to the public, and to the mourners.

This is one reason that speaking of the dead immediately after death, the rule “if you can’t say something good, say as little as possible” applies. The dead leave behind living people who are in pain. Jewish tradition is so firm on this subject that we are taught to say, “Blessed is the true Judge” when we first hear of a death, any death.  That provides a moment to restrain any wild impulse to say something cruel or ignorant. In a Jewish eulogy, the hesped, rabbis are taught to tell the truth but to put it gently.

“But what if it is true?” I hear someone asking. “What if Dead Person was a terrible person and there are victims?” That’s another topic – one I would like to address separately soon. At this point, I will still say that it is very thin ice and I still believe the less said in public about the flaws of the dead while the grave is fresh, the better. Immediately after a death, there are mourners, and they must be treated with kindness.

Mourning is a time of terrible vulnerability. The spirit reels with loss; it is in no position to process unkindness, however truthful. Just as we know we will all die someday, it is also true that at some time in our lives, we will be mourners. Hillel’s dictum, “What is hateful to you, do not do to any person” suggests that we should extend to mourners the kindness we ourselves want at such a time.

Mr Bruni is correct, up to a point. The goal of speech about the recently dead is to shed light upon their lives, but one may never forget that just outside that spotlight stands the widow and the orphan. Whatever the dead did will remain for discussion at another time; funerals are for the mourners.