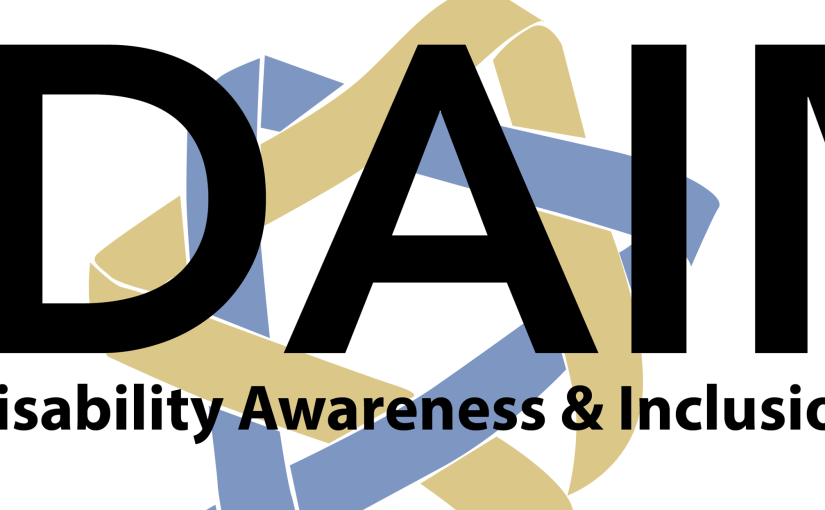 February is Jewish Disability Awareness & Inclusion Month, one month a year when we focus attention on Jews with disabilities and access to Jewish institutions. My friend and teacher Neil Jacobson has put together a playlist of videos for enjoyment and education. As far as I know, none of the video stars below are Jewish, but they raise questions about the limitations we put on our communities when we shut out persons with disabilities.

In the first chapter of the book of Genesis, we read:

And God saw everything that God had made, and, behold, it was very good. And there was evening and there was morning, the sixth day. – Genesis 1:31

God created us in God’s image, and all of creation was טוֹב מְאֹד, very good, in the beginning. Who are we to devalue the creations of God?

Wheelz in the Air: Hitting the Skatepark on a Wheelchair: Watch this young man for a minute and he will mess with every assumption you might have about life in a wheelchair.

Guy Who Parked His Car In Handicapped Parking Space Gets What He Deserved: Made me want to start carrying a gross of post-its in my glove box.

When Is It Okay to Say the R-Word? An articulate young man with Down’s Syndrome breaks it down for us.

AXIS on SYTYCD 2011- Changing the Face of Dance and Disability: Beautiful. I want to see more from this dance duo.

Why My Gray Hairs Make Me Happy ***Be That Person***: The Stay-at-Home Chef Rachel Farnsworth offers a recipe that may have surprised her fans. (By the way, the recipes on her blog are really good – I didn’t know about her before but I think I have just become a fan, myself.)

So there you have it: some great short videos to blow up some assumptions and enrich your life. Happy Jewish Disability Awareness Month!

I love this video by Rabbi Josh Strom of Temple Shaaray Tefila in NYC.

When I first began learning Torah, I was in awe of anyone who studied Talmud. Then I joined a Talmud study group because I heard it was a great way to train a Jewish mind. One thing led to another and I went to rabbinical school!

Talmud study is best with a good teacher, but it is possible for most Jews to access at least a taste of it. In our time, translations are available for those who do not read Hebrew or Aramaic, although some of the “good stuff” is only available if you have some of the language.

What is Talmud? It’s the combination of Mishnah and Gemara:

The Mishnah is an ordered collection of the rabbinic interpretations of Torah, including the disagreements. In the chaotic Jewish world of the first two centuries of the Common Era, the head of the rabbis in the land of Israel decided it was important to write down these interpretations, so that they would not be lost. That happened in the year 200 CE.

The Gemara is the continuation and expansion of those discussions, which were only well begun in 200. The Gemara is the continuation of those discussions and further expansions. Gemara was assembled in two collections, one in Israel (the Jerushalmi, or Jerusalem Talmud) and one in Babylon (the Bavli, or Babylonian Talmud.) The Bavli was completed in about 600 CE.

Talmud is a set of discussions that seem to go everywhere and nowhere. Often people expect a law book, and are surprised to find that while it includes something like law (halakhah) it also has stories, recipes, and digressions (aggadah.) It is used by students to learn the tradition, to explore our heritage, and also to train minds.

Don’t be afraid to give Talmud a try! It will expand your Jewish mind in directions that will surprise you.

Feeling downbeat after a week of soul-searching? Feeling discouraged, knowing that there are three more weeks to Rosh HaShanah?  Here’s a video that both celebrates the joy of the coming new year and speaks to the task of making ourselves new in time for it:

It’s a classic from the Maccabeats. Enjoy!