Blessed are You, Eternal our God, Ruler of Time and Space, who created all things great and small. You are the Maker of life, the Fashioner of the World; You decreed the laws of physics and set the world in motion with Your word.

We were not there when You laid the foundations of the world. You laid the cornerstone, and we were not yet born; we did not hear the song of the morning stars or the sound when Your creation shouted for joy. We have not entered into the springs of the sea, or walked in the recesses of the deep. We have not surveyed the breadth of the Earth, and despite the study of scientists, we have not mastered all her secrets.

Have mercy on your creation, mighty God; remember the fragility of some of your creatures. We know better than to ask that you revoke the laws of nature; but we ask for your mercy in time of peril.

Remind us of the powers we possess in time of storm and trouble: the power of reaching out one to another, the power to share resources, the power to study and better understand. Help us to be merciful in expression of Your mercy, make us abundant in kindness. Remind us to be tolerant, fair, and forgiving. For as you have taught us, we are holy as You are holy – without Your holiness we are truly lost.

Blessed are You, Eternal our God, who decreed the laws of physics and set the world in motion with Your word. 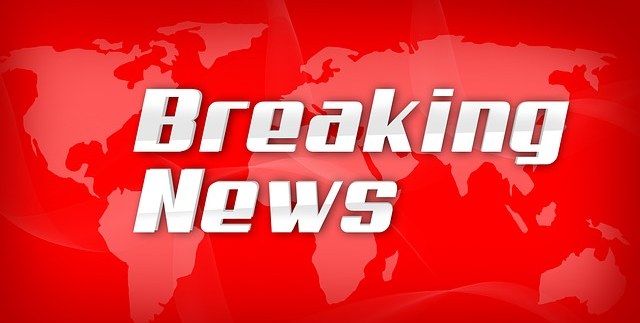 Two massive earthquakes and a swarm of aftershocks tore at the soil of Southern California this week. Cracks gaped open in the earth, not just in asphalt but in the raw sod itself. Gas lines broke, houses burned, and it was pure luck that as far as we know, there have been no casualties.

The news this week was on-target for the Torah portion, that’s for sure. Surely I am not the only person who quailed at the thought of two major earthquakes on the week of Shabbat Korach?

Here is the story, straight out of the Torah:

But they fell on their faces and said, “O God, Source of the breath of all flesh! When one man sins, will You be wrathful with the whole community?”

The LORD spoke to Moses, saying, “Speak to the community and say: Withdraw from about the abodes of Korah, Dathan, and Abiram.”

Moses rose and went to Dathan and Abiram, the elders of Israel following him. He addressed the community, saying, “Move away from the tents of these wicked men and touch nothing that belongs to them, lest you be wiped out for all their sins.”

So they withdrew from about the abodes of Korah, Dathan, and Abiram. Now Dathan and Abiram had come out and they stood at the entrance of their tents, with their wives, their children, and their little ones.

But if the LORD brings about something unheard-of, so that the ground opens its mouth and swallows them up with all that belongs to them, and they go down alive into Sheol, you shall know that these men have spurned the LORD.”

Scarcely had he finished speaking all these words when the ground under them burst asunder, and the earth opened its mouth and swallowed them up with their households, all Korah’s people and all their possessions. They went down alive into Sheol, with all that belonged to them; the earth closed over them and they vanished from the midst of the congregation.

All Israel around them fled at their shrieks, for they said, “The earth might swallow us!”

If you are unprepared for whatever kind of natural disaster your locale offers, take these quakes as a wake up call. Do you have water? Flashlights? Batteries? Etc? Once the shaking starts, it’s too late to go to the grocery store.

Shavua tov, everyone – have a good and safe week.

Image: A photo of “creep” on the Hayward Fault. Nothing hit that curb – the earth moved at different rates, and the curb burst. (Leonard G/Wikimedia)

I went to a meeting about earthquake preparedness last night. I live in a little city south of Oakland, CA, atop something called the Hayward Fault. Sometime in the next thirty years, we are likely to see a big quake here, and I like to stay current in my knowledge about the fault, and get a sense of what I need to do to be ready for trouble.

Big earthquakes are no-kidding scary.  Little ones are disorienting, because we don’t expect the ground to move. When I felt my first California earthquake, I wasn’t sure I had felt anything, until someone said, “That was an earthquake” and turned on the radio to find out about it. The biggest quake I felt before 1989 was a 5.3, and I thought a truck had run into the house. In the Loma Prieta Quake of 1989, I saw my china cabinet walk across the dining room floor as I ran to grab my youngest.

Earthquakes here are communal moments. We turn on the local news station to find out about it, or we go to Twitter. “Did you feel it?” “My dog alerted me just before it hit!” “My dishes rattled.” “Where was the epicenter?” “What was the magnitude?” Most locals agree that anything below a 5 is a minor thing. Anything much above a 5, though, is something else altogether.

Earthquakes happen because the earth’s crust is in motion, giant “plates” sliding over the surface of the planet. Earthquake zones are those places where two or more of those plates meet. Sometimes the plates creep quietly along. Sometimes they stick and then jerk into motion. Those are the quakes.

Tonight I learned something new that was even more astonishing. Some scientists think that “our” faults (the Hayward, the San Andreas, etc) “communicate” with other faults far away. I don’t begin to understand that, but I heard a respectable geologist say it tonight.

When I feel a tremblor I recite the blessing for earthquakes:

Blessed are You, Adonai our God, Ruler of Time-and-Space, whose strength and might fill the world. – Tractate Berakhot 54a

Yes, earthquakes are scary. They also create amazing landscapes – they are the reason that the California coast is so utterly beautiful. We can’t control them. And that is true for much of nature: even when we think we understand it, Mother Earth is older, wiser and stronger than any of us can imagine. What earthquakes have taught me is that the earth is very much alive.

It behooves us to maintain an awe for nature. We are accustomed to harnessing it for our own uses, but it never pays to underestimate the power of forces far beyond our control.

At 12:50 last night a small earthquake shook my neighborhood. Given that I live not far from the Hayward Fault in California, it was not a huge surprise except that it woke me up. I fumbled for my cell phone, to check the time and to check Twitter to see if it was an #earthquake or merely a dream. Nope, #earthquake.

Then I tried to remember the blessing for earthquakes. That one wasn’t so easy – I remembered seeing it in Tractate Berakhot [Blessings] of the Talmud but for the life of me I couldn’t remember it. Finally I had to get up and look it up:

Blessed are You, Adonai our God, Ruler of Time-and-Space, whose strength and might fill the world. – Tractate Berakhot 54a

Whew! Having settled that, I could go back to sleep! 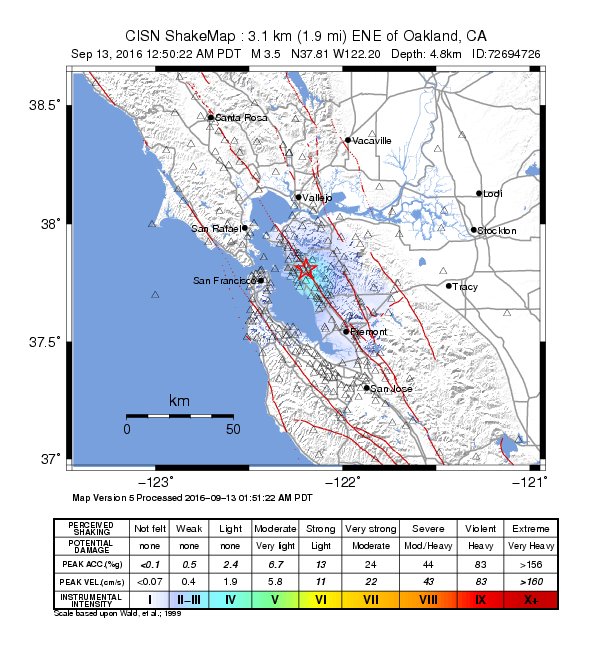