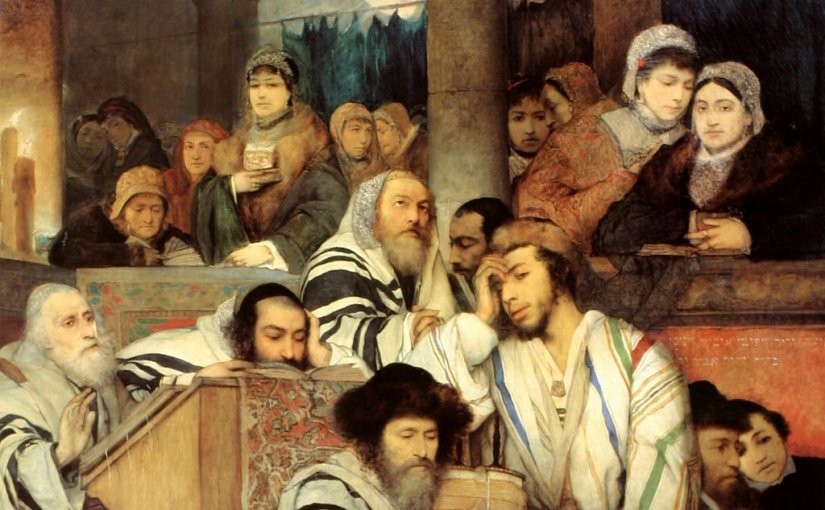 When I began leading services, I was astonished at some of the things people did while sitting in the pews. They appear to suffer from the delusion that they are invisible.

Sometimes this can be funny, but usually it’s just weird, and not in a good way. If you are in the pew, and people are sitting on the bimah, they can see pretty much anything that you are doing: grooming yourself, grooming your child, picking your teeth, staring at the ceiling, whatever. It is almost impossible for the people on the bimah to avoid seeing you. So, um, please don’t do that stuff. Yes, you know the stuff I mean.

I’ve been mostly a Jew in the Pew myself these past eight years; I teach instead of serving in a congregation. So often I don’t think about these things anymore, except on the occasions when people decide to have a conversation in the pew behind me. Mind you, I am hard of hearing, so if I could hear them, they are LOUD. Usually it’s men who do it, and it’s some sort of discussion about the service. Why they think I can’t hear them – well, maybe they know I’m hard of hearing? Still.

I want people to come to services. I would rather that they came to services and picked their teeth and talked too loudly than that they stayed home. I think most rabbis feel that way. Congregational prayer doesn’t work without enough people to form a proper kahal (gathering.) In fact there are prayers we cannot say unless we have a minyan, 10 adults. So I would rather people were there than not there.

But think about it for a minute: would you like to be at services, mourning someone dear to you, and have to listen to two dudes argue about the relative merits of the Reform and Conservative services while the service is going on? Do you really want the rabbi to know that you pick your… let’s say teeth? And whatever you are looking for on your baby’s head, can’t that wait until you get home?

Definitely, let the synagogue be “a house of prayer for all people,” as Isaiah says. But let’s try to bring our best selves, shall we?