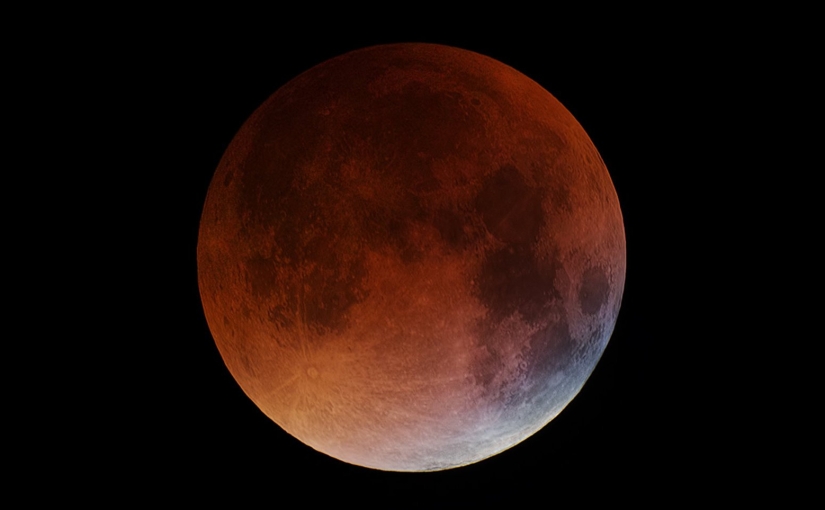 Periodically the news has stories about “blood moons.” According to Space.com:

A “blood moon” happens when Earth’s moon is in full eclipse. While it has no special astronomical significance, the view in the sky is striking as the usually whiteish moon becomes red or ruddy-brown.

This are normal, predictable natural events, but you would not know that from much of the news coverage they get. The longest total eclipse of the 21st century will take place on July 27 and will be visible from South America, Europe, Africa, Asia and Australia. For more about the science of this remarkable event, read “Blood Moon 2018: Longest Total Lunar Eclipse of Century” on Space.com.

Some Christian preachers are making much of the fact that this particular “blood moon” (aka eclipse) will be visible from Jerusalem. They believe that this moon is a harbinger of the end of the world. They cite verses in the prophet Joel, chapter 2, and in the Christian scriptures of Acts of the Apostles, chapter 2 and Revelations, chapter 6.

So what’s in that passage of Joel?

Before them earth trembles, heaven shakes, sun and moon are darkened, And stars withdraw their brightness.

And the LORD roars aloud at the head of His army; for vast indeed is His host, numberless are those that do His bidding. For great is the day of the LORD, Most terrible—who can endure it?

“Yet even now”—says the LORD— “Turn back to Me with all your hearts, and with fasting, weeping, and lamenting.”

Rend your hearts, rather than your garments, and turn back to the LORD your God. For He is gracious and compassionate, slow to anger, abounding in kindness, and renouncing punishment.  – Joel 2:10-13.

This passage is typical of the Hebrew prophets: it is a call to repentance. Scholars disagree about the time when it was written. It has few details to identify a particular date. What is clear about it is the call to a return to just ways: “Rend your hearts, rather than your garments, and turn back to the LORD your God.”

What we can take from the “blood moon” is a sense of wonder at the mysteries of creation. We get lost in our smartphones, in our computer screens, and we forget to see the miracles all around us.

Then, having taken notice of the natural world, perhaps we will be moved to take better care of it, lest in our foolishness and waste we so alter creation that we destroy it.