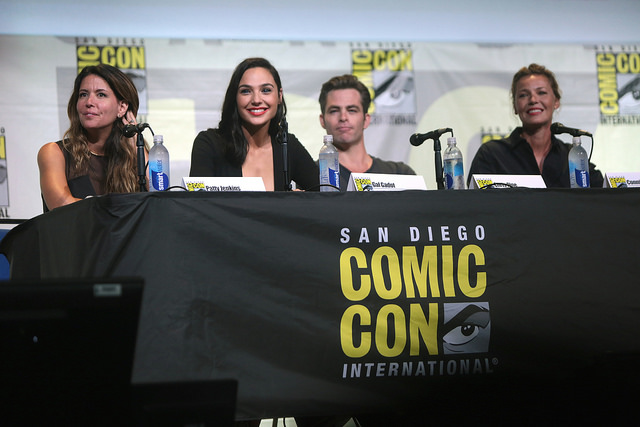 I’ve waited for this movie for 50 years.

When Linda and I sat down yesterday in the theater, I was wary. I’ve had my heart broken in movie theaters before. The first time I was nine, when Walt Disney tarted up Mary Poppins (1964) beyond all recognition, drenched her in sugar, and perverted P.L. Travers’ books. I felt I’d been robbed, and I left the theater sobbing.

I feel strongly about certain characters in literature.

So when there has been talk about a Wonder Woman film, I’ve perked up my ears, but I’ve not let myself hope too much. Hollywood has a way of messing up good stories, especially good stories with female protagonists. I was encouraged to hear that Patty Jenkins was directing; her writing and direction of Monster (2004) were miraculous.

I was even more encouraged when I heard that Gal Gadot had been cast as the lead. She is beautiful, she is strong, she can be very funny, and I liked the idea of the world hearing an Israeli accent in that role. A Jewish woman as a super hero? Oh, yeah!

I saw the poster and dared to hope. 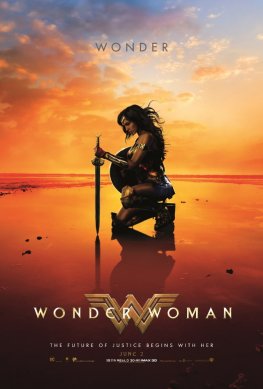 As sexualized as the comic book figure was, as campy as the TV show, the image in the poster is that of a warrior. She is kneeling on a beach, at the edge of her world.  The sun behind her is either rising or setting, with no clues as to which it is. Is she at the beginning of a journey, or recovering from battle? Is her grave expression sadness or something else?

I won’t spoil the film for you. I spent quite a bit of it in tears, watching a brave woman do terrifying things in defense of innocents. Some of those tears were that I was finally seeing the movie I’d wanted to see ever since I first found a Wonder Woman comic book discarded on a sidewalk in Nashville 50 years ago and recognized her as mine. Some of those tears were the tears of a graying feminist who finally got to see a great movie about a wonderful woman, directed by a woman. Some of them were because the movie is genuinely moving, and occasionally pretty scary (take that PG-13 rating seriously, please.)

Does the film have Jewish content? You bet. It stars a Israeli woman. Wonder Woman may have a Greek name but she learns a very Jewish lesson: humanity was born good, with a terrible capacity for evil. The fight is to free that which is good while curbing that which is evil. It is not a simple task.

Go. See the movie. Let me know what you think in the comments.

12 thoughts on “Is Wonder Woman Jewish?”