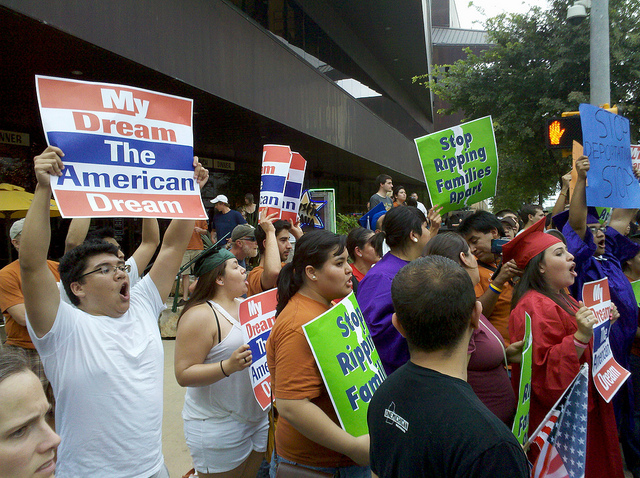 No one who knows me well will be surprised to know that I’m going to be in the Women’s March in Oakland this Saturday. I and a lot of other women are going to go to the street to raise up our concerns about the expressed agenda of the new administration.

It sounds like there are going to be a bunch of us. 31,000 people have said they are going on Facebook; 45,000 more have registered as “interested.” From my synagogue alone, we have over 100 people registered. I’m going to be there on my scooter.

To those who say “give him a chance” I say, I’ve been working on that since November 10. What I heard during the campaign was a lot of hateful rhetoric about Mexicans, and immigrants, and Muslims, and African-Americans. What I have seen since the election has been a swift upsurge of violence against those groups, with the President-Elect saying hardly a peep about it, despite the fact that he tweets about many other things. For a man who prides himself on plain speaking, he is very coy about saying “Cut it out!” to people who do violence in his name.

So I am going to hit the streets with a few friends, and we will engage in a peaceful demonstration of our concerns. Peaceful, because I am a law-abiding person. Peaceful because what I want for this nation is peace.

Normally I would not participate in a political event on Shabbat, but this is no longer a normal situation.  Nothing about the past transition period was normal, and I have the impression that many of Mr. Trump’s supporters are happy that it was not a normal transition. This fills me with alarm. If I am wrong (I would love to be wrong) then at worst I am being foolish. I am willing to look foolish when I believe lives are at stake.

About hats: I’m not wearing any headgear named after a vulgarism for a body part. I have no judgement on someone else, it’s just not my thing. I am serious about what I’m doing.

About signs: I’ve been thinking all week about what to put on my sign. I finally settled on this:

Do not stand by while your neighbor bleeds. – Leviticus 19:16

That seemed to me to be the verse that best applied to my concerns. I am worried for friends who have health insurance through the ACA but who have pre-existing conditions. I fear for disabled people. Right now there does seem to be a guarantee that the ACA is going away, but no equal guarantee that it will be replaced by something better.

I am worried for friends: African-Americans, Latinx, Muslims, and trans persons who have been targeted with hateful rhetoric and by outright violence. I know some young DREAMers who are terrified. They haven’t been “given a chance” – no, even before the new administration came in, the fans of that administration have been giving us what I fear is a preview of the Trump years. I don’t like seeing and hearing threats to my neighbors; I am horrified by accounts of violence against them.

And honestly, I’m worried for the Jews. In the past two weeks there have been two waves of bomb threats against 30 Jewish institutions in 17 states including two JCCs in my area. JCCs more often than not have daycare centers. We heard not a peep of concern from President-Elect Trump. (I know, his daughter is Jewish. This does not explain his silence.)

I am done waiting for Mr. Trump to have an awakening of conscience. I am planning to bring my concerns to his attention on the first full day that he sits in the Oval Office. Get used to it, Mr. President: listening to protestors is now part of your job.

3 thoughts on “Hats, Slogans, Signs: Preparing for the Women’s March”