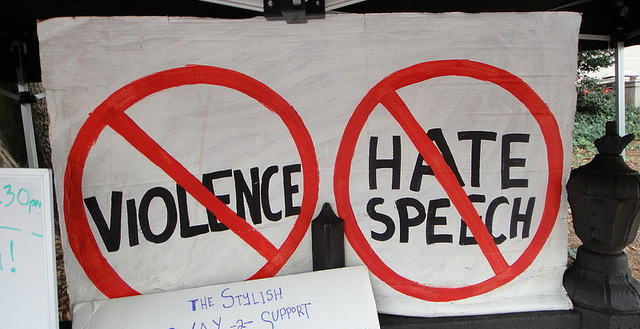 Last night Meryl Streep modeled good resistance to bad behavior. She pointed out behavior that was reprehensible. She did not name-call. She did not even name names. She simply observed that it is a scandal when a powerful man uses his national pulpit to mock someone who is less powerful.

This week there are several confirmation hearings scheduled by the U.S. Senate for cabinet appointees. (Click link for the schedule.) This is our opportunity to speak up. Call your Senators, and tell them what questions you want the candidates to answer. This is something you can do regardless of party affiliation: you call tell your Senator what you want. You don’t need to name-call. Just say politely that you’d like Senator Jeff Sessions to be asked XYZ in his confirmation hearing, or that you hope that Ms. Betsy deVos will be questioned about XYZ. You can tell them you support those nominations, or that you oppose them.

If you are phone-averse, call your Senator’s local office late at night. You’ll get the voicemail. Keep those phone numbers. Call regularly about things that concern you.

If your Senator is already someone you feel will do what you think is right, still call them. They need to be able to say, “10,000 of my constituents have called me.” They need to know that you support their point of view.

And someone out there is saying, “What does this have to do with Basic Judaism?” To that I say: everything:

Once there was a gentile who came before Shammai, and said to him: “Convert me on the condition that you teach me the whole Torah while I stand on one foot. Shammai pushed him aside with the measuring stick he was holding. The same fellow came before Hillel, and Hillel converted him, saying: That which is despicable to you, do not do to your fellow, this is the whole Torah, and the rest is commentary, go and learn it.”  – Babylonian Talmud, Shabbat 31a