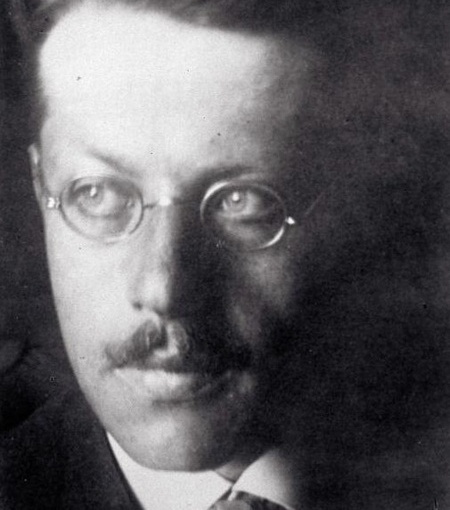 These days I’m RE-reading: rereading one of my favorite books from rabbinical school, On Jewish Learning  by Franz Rosenzweig (1886-1929).

Rosenzweig himself is a fascinating character.  To learn about him, I recommend a short article on MyJewishLearning.com called  Franz Rosenzweig and the Founding of the Lehrhaus. Rabbi Louis Jacobs does a far better job than I ever could of telling the story of the German Jewish intellectual who came home to Judaism as an adult.

On Jewish Learning is not easy reading. Rosenzweig wrote in long, complex German sentences as he took a hard look at the state of German Jewish culture in the early 20th century. He was concerned that on the one hand it had become a defensive exercise devoid of joy, and on the other it was a tradition that had become disconnected from the lives of ordinary Jews. He sought a passionate Judaism, fully engaged with the world and at the same time fully Jewish.

Part of the reason Rosenzweig’s thought fascinates me is that he did his writing and thinking in the period between WWI and WWII, when the Holocaust had not yet made its dreadful mark. Our people still carry the terrible wounds from that time, which is understandable, but I worry sometimes that Jewish thought about the future is constrained and perhaps warped by the fears that come from our past. Reading Rosenzweig is a way of taking a step back and saying, “What can I learn from a vision of Judaism without these wounds?”

It’s hard to come up with pithy quotations from On Jewish Learning, because the man’s style was complex and  dense with meaning. However, here is a quotation that gives me chills and inspires me as a learner and as a teacher: