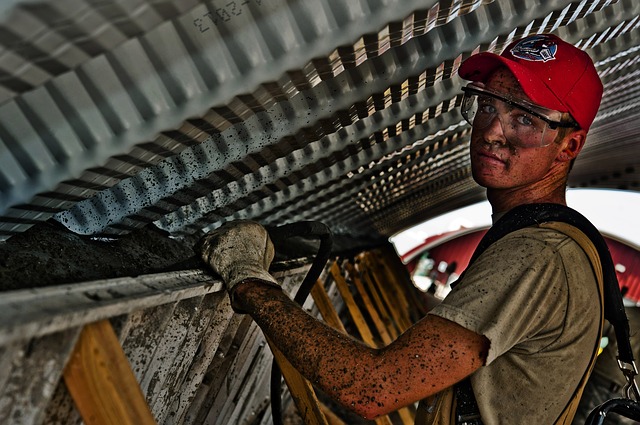 This week’s Torah portion is awash in echoes. It begins the priestly story of the building of the Mishkan, the dwelling place for God in the midst of the Israelite camp.

It echoes the story of Creation in Genesis. God created the world in seven days. The directions for the Mishkan (“Tabernacle”) are given in seven speeches. At the end of each, the conclusion of this important task is announced.  Both stories have an association with a New Year’s Day: the Creation is believed to have begun on Rosh HaShanah, and the building of the Mishkan concludes on “the first month in the second year, on the first day of the month” (Exodus 40:17.) That was a different New Year Day, the first of Nisan. (For more about the multiplicity of Jewish New Years, see Four New Years Every Year?!)

It echoes the story of the building of Solomon’s Temple in 1 Kings, or prefigures it.The echoes here may reflect that the recorders of the Temple project wanted to echo the story of the Mishkan, or that our account in Exodus actually came after the building of the temple. Either way, there are striking similarities. Later rabbis were aware of the parallel, because they took its conclusion for this week’s Haftarah (reading from the prophets.) (1 Kings 5:26-32.)

We can listen to the echoes of this story in building our own Mishkan Me’at, our own little sanctuary, in our homes. Not a prayer corner, not a shrine, but a living reality in which our homes are sacred places, dedicated to Shalom (peace) and Shalem (wholeness.) The story begins by asking all the Israelites to bring gifts:

The Lord spoke to Moses, saying: 2 Tell the Israelite people to bring Me gifts; you shall accept gifts for Me from every person whose heart so moves him. 3 And these are the gifts that you shall accept from them: gold, silver, and copper; 4 blue, purple, and crimson yarns, fine linen, goats’ hair; 5 tanned ram skins, dolphin skins, and acacia wood; 6 oil for lighting, spices for the anointing oil and for the aromatic incense; 7 lapis lazuli and other stones for setting, for the ephod and for the breastpiece. 8 And let them make Me a sanctuary that I may dwell among them. – Exodus 25:1-8.

We can tell, from this list, that the Mishkan was going to be beautiful. And so can we make our homes beautiful: it is fine to have art, to have collections, to do what we can to make our homes lovely. At the same time, we also note that God didn’t extort these materials from the people: they gave according to their means. So if your Mishkan doesn’t have a gold-plated fridge, don’t sweat it. In fact, if your Mishkan has things that are beautiful because of their associations, or because of the people who gave them to us, that’s wonderful!

I have a friend who has Shabbat candlesticks her children made in religious school. They are as beautiful as the antique silver sticks in the cabinet. Guess which ones she uses more often?  And that is exactly appropriate.

I have a little chanukiah I love. It’s made of pot metal. It’s battered and scratched. But I love it, because I had it when I lived in Israel, and its associations are powerful for me.

And then there are the other adornments: the adornments of mitzvot performed in your home.  Hospitality is a lovely adornment. Shabbat observance is beautiful. Shiva held in the home is sad, but it leaves an aura of sacred beauty afterwards. Tzedakah checks written on the kitchen table, meals cooked for sick friends, words like “I’m sorry” and “I forgive you” are beautiful adornments to a home.

What echoes are in your home? What makes it holy?

8 thoughts on “Echoes in the Mishkan”