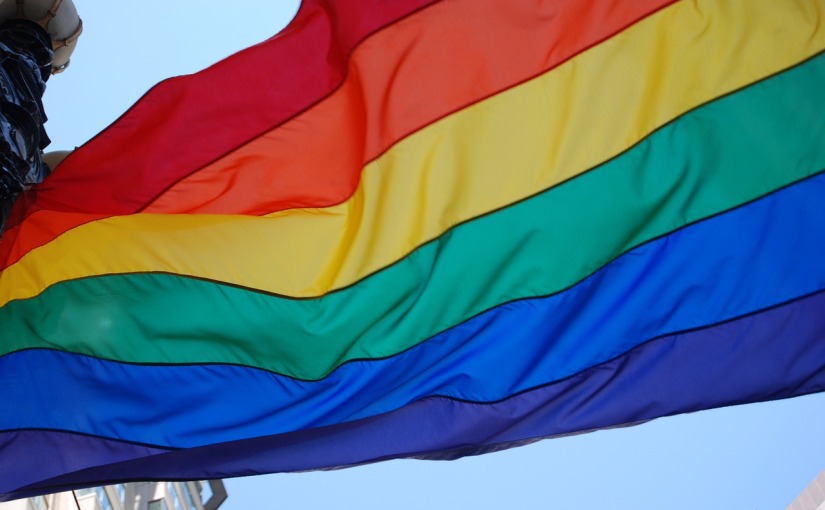 It’s National Coming Out Day (NCOD), 2015.  Things have changed a lot since 1988, the first one. A couple of years ago, I wrote about my memories of that day:

I remember the first National Coming Out Day, in 1988.  I had my last foot surgery that day, to repair the damages from a series of bungled surgeries.  It was at the old Foot Hospital in San Francisco (where the Jewish High School is today).  I have a vivid memory of taking two Valium tablets I was offered, and as they were wheeling me off to the operating room, full to the gills of Valium, I delightedly came out to everyone I passed. “Hi! I’m a lesbian! Happy coming out day!” …

The surgery was a salvage job on a poor little foot that was never going to work right or quit hurting, but that ride to the operating room ROCKED.

Back in the day, there were festivities for NCOD, because it was truly dangerous for many to come out. One way we fought the fear was to celebrate. That’s something that’s hard to communicate to the people who object to “Pride” in such movements: we were Proud because if we stopped to be anything else, we’d be terrified.
Today coming out is less terrifying for most white cis-gendered gay men and lesbians. We can get married in any state in the US. In a few states, our rights to housing and employment are supported by law. (To learn more about that, the ACLU has a great set of charts.) There is plenty of legal work still to do, obviously.
But we need to be sure that no one is left behind – and most importantly, that we are not trampling on the rights of others. When we make a catty comment about someone who comes out as bisexual, we have just made it harder for them to function in the world (lashon harah, anyone?) When we gloss over the concerns of LGBT people of color. when we tell our national organizations that we’re only worried (and will only fundraise) about issues that concern People Like Me, we are leaving folks behind. When we refuse to recognize someone’s gender, when we inform all our acquaintances that so-and-so isn’t a “real” man or woman we are just as bad as the folks throwing Leviticus in our teeth.
How about making this National Coming Out Day into National Leave No Sibling Behind Day?