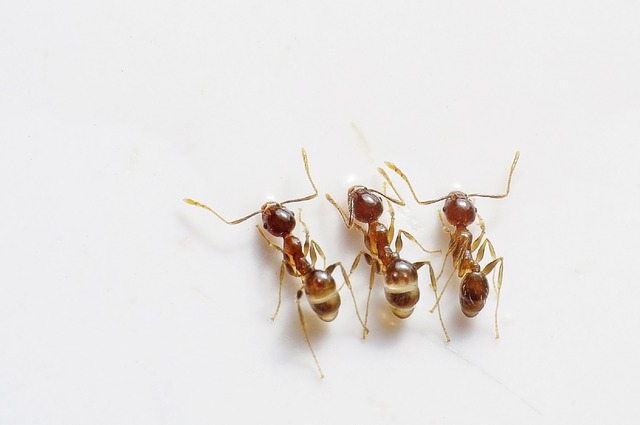 Sometimes real life intrudes on blogging. Yesterday I spent too much of my day fighting an ant invasion. Since I have dogs, I needed to avoid poisons, which meant that whatever I did was going to be a bit more labor intensive than liberal use of a can of Raid.

We have called a truce, I think. I was too much trouble and they are looking elsewhere. (I hope.)

In the midst of all this tsuris, I had an appointment with my trainer to work out. She asked me, “Why do Jews think God made ants and mosquitoes?” I’ve been thinking on that one ever since.

My first thought was a resounding “I don’t know.” A lot about God is mysterious, as I wrote last week.  Only fundamentalists think that religion should answer every question. For most Jews, religion raises more questions than it does answers, and that’s how we think it should be. Torah spurs us to ask the big questions and to struggle with possibilities.

But it occurred to me that in this case, we have a little more information. In the book 1491: New Revelation of the Americas Before Columbus, science writer Charles C. Mann points out that many species we take for granted as “local” today actually are exotics, foreign imports, that traveled to far parts of the globe after Europeans began traveling and trading.  The mosquito is one such critter. Originally most species were confined to Southeast Asia, but soon after 1492, they spread over the globe. In other words, in the now-distant past, many species we experience as pests may have lived in a much better balance with nature in the past than they do now.

So perhaps “Why did God make the mosquito?” is not the right question. Maybe the better question is, “What are we going to do about the fact that mosquitoes are a vector for disease in our world today?” And perhaps, since the ubiquity of ‘skeeters is an unintended consequence of mercantilism and colonialism, we should learn to ask more questions before we embark on ambitious projects, and keep an eye out for the fallout of our experiments.

When it comes to ants, I know that they have many useful and admirable qualities. I just don’t want them in my house. For now, I am trying to convince the Ant Mob to stay outdoors by deploying diatomaceous earth in their trails leading into my home. It’s my way of saying, “Go away!”

Here’s hoping they take the hint!

5 thoughts on “Why Ants & Mosquitoes?”