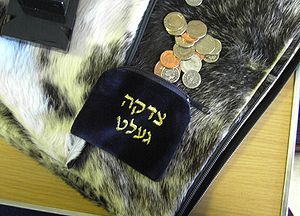 If you Googled “tzedakah” today you got about 598,000 results, topped by a l-o-n-g Wikipedia entry. Here are nine basic facts about tzedakah:

For more about tzedakah, MyJewishLearning.com has a great article.

27 thoughts on “Nine Facts about Tzedakah”