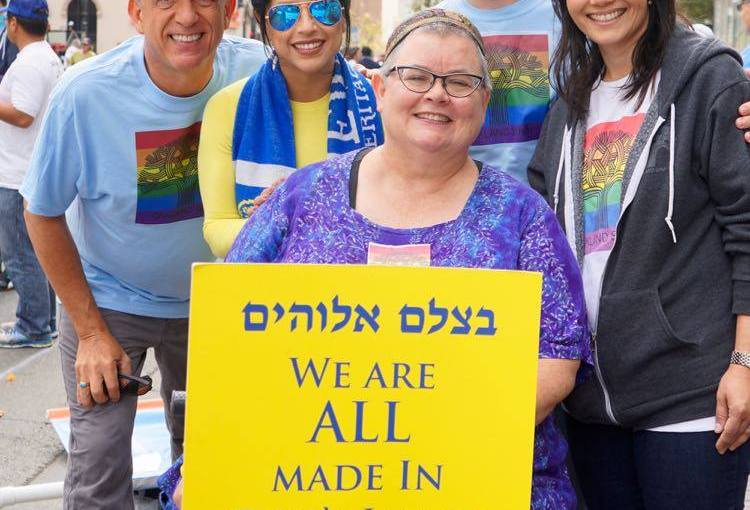 Conversion to Judaism is rather like a two-sided adoption: a person approaches the Jewish people, through a rabbi, and says, “I think I’d like to be a Jew.” The Jewish People, through the rabbi, say, “Let’s study.”

The study that ensues is partly intellectual, partly spiritual, and partly emotional.

The intellectual is for most the easiest part: we learn the Jewish holidays, the Jewish life cycle events, and we learn the prayers. We learn what Jews believe and what Jews do. It looks like a lot to learn, but it is really just a beginning. While even the sage Hillel did not expect candidates for conversion to master everything in order to become part of the Jewish People, it is necessary to learn enough to function as a Jew and to communicate with other Jews. Most Jews, converts or not, continue learning for their entire lives. There are many ways to live out this learning: some study Talmud, some engage in Jewish humor,  some learn how to keep their synagogue afloat, some learn how to nurture their Jewish grandchildren. Learning is part of who we are, and the sea of Jewish knowledge and Jewish wisdom is far too vast to be completely mapped in a single lifetime.

The spiritual part can be tricky. A person may feel attracted to Judaism, and then find that some aspect of Judaism was their fantasy, not the reality. Reality sometimes doesn’t measure up to a romantic or heroic view of Jews. One truly spiritual moment is that in which a person grapples with the discrepancy between their fantasy about Judaism and the real people who make up Am Yisrael (the Jewish People.)

There are also many choices to be made: what parts of the tradition are important to me? Do I love the sound of Hebrew so much that I will learn it? How far am I willing to alter my life to become a Jew? How will I handle it, when I am faced with anti-Semitism? How will I handle it, when another Jew says I’m not really Jewish? Until those moments arrive, we don’t really know how either will feel or how we will handle them.

Emotionally, there is a lot of work to do. Becoming Jewish isn’t just swapping one set of beliefs for another. If a person has any significant connections to another tradition, those need to be evaluated and decisions made. For instance, I grew up as a Catholic in the South. Pork was a comfort food. Halloween was a family tradition. Whenever I heard a siren, I crossed myself and said a little prayer for the people in trouble. I ultimately chose to (1) give up pork chops (2) not observe Halloween beyond offering treats to trick-or-treaters and (3) clenched my hands every time I heard a siren for years, because the habit of crossing myself was ground in so deep it took years to eradicate.

Some things, like making a cross for sirens, were annoying but not difficult. It had gone from being a spiritual practice I learned as a child to being a habit. Even though it took time and effort to quit flapping my right hand around every time an ambulance went by, it was something I wanted to lose.

Other things were harder to change, because I felt a loss. I really loved the taste of pork. It was a comfort food, something from childhood that I was loathe to give up. I still sometimes struggle with that decision, because the connections are so deep. It isn’t just about liking a taste: it is about going home to childhood nourishment. However, I think about all the Jews who went hungry rather than eat it, I think about all the meanness done to Jews on account of it, and I remember that I have thrown in my lot with the Jews.  Also, there is the question: will I allow a craving to dictate to me? Can I not say “no” to this old friend? This is how a Jew eats, I think, and I pass up the pork. (sigh)

Halloween was another hard one. I LOVED the holiday: choosing a costume, making the costume, and later, making costumes and treats for my children. My children did not become Jews when I did, so I kept Halloween going for a while. I didn’t want to take it away from them. Once they were grown, I stopped. I still feel the urge to decorate and wear costumes, but I save it for Purim. (If you are curious about my thinking about Halloween, read the article Halloween Hospitality.)

Processing the changes and losses is work that every convert must do. It’s more pleasant to focus on the gains – after all, that’s why we’re going to all this trouble! – but coming to terms with the hard stuff is part of the process.

These three challenges, intellectual, spiritual, and emotional, are what takes up the time between the first conversation and the trip to the beit din and the mikveh. Some material must be mastered, if the person is going to live a Jewish life. A rabbi and a candidate have to explore that person’s attraction to Judaism, and find out how well Judaism fits the attraction. And finally, the emotional work must be well begun, if the conversion is to be a happy one.

It is also important to acknowledge that this process can lead a person to somewhere other than Judaism. One of the reasons we take time with it is that sometimes the introspection of the process reveals that conversion to Judaism isn’t a person’s destination. Maybe they would not be happy as a Jew, or that something about the Jewish community isn’t going to work out for them. Perhaps they are going to be part of Judaism’s extended family of “mixed multitude” (Exodus 12:38) or be a member of some other faith community who happens to be well-educated about Judaism.

A part of me that was restless found a home in Judaism 23 years ago. Torah is still a challenge because it calls me to be the best person I can become. If this is a path that appeals to you, I invite you to find a local rabbi and give it a try.