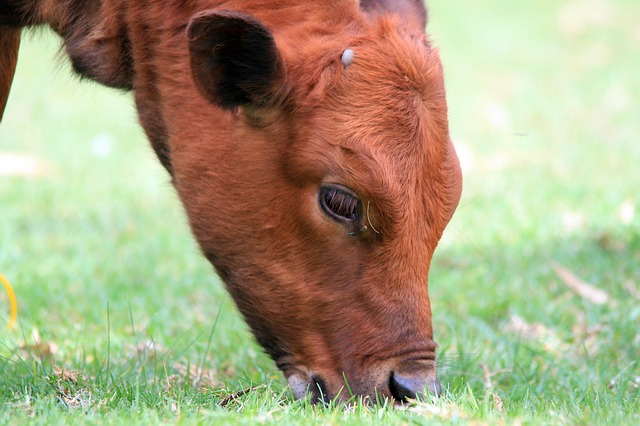 Moses said to them, “Stand by, and let me hear what instructions the Eternal gives about you.” – Numbers 9:8, Parashat Beha’alotecha

In Numbers 9, the Israelites celebrated Passover in the wilderness, following the instructions of Moses. One had to be ritually clean (tahor) to participate in the sacrifice. Some of the men approached Moses with a problem: they were ritually unclean (tamei) “because of a corpse.”

The modern reader may wonder  why they don’t just take a bath? But in fact it’s a serious problem and not easily repaired. We won’t learn details of the problem until Numbers 19, which is another issue* but for now let’s just look at the rule regarding ritual purity and corpses:

He who touches the corpse of any human being shall be unclean for seven days. – Numbers 19:11

This is the ritual law that the LORD has commanded: Instruct the Israelite people to bring you a red cow without blemish, in which there is no defect and on which no yoke has been laid. You shall give it to Eleazar the priest. It shall be taken outside the camp and slaughtered in his presence. Eleazar the priest shall take some of its blood with his finger and sprinkle it seven times toward the front of the Tent of Meeting. The cow shall be burned in his sight—its hide, flesh, and blood shall be burned, its dung included— and the priest shall take cedar wood, hyssop, and crimson stuff, and throw them into the fire consuming the cow. The priest shall wash his garments and bathe his body in water; after that the priest may reenter the camp, but he shall be unclean until evening. He who performed the burning shall also wash his garments in water, bathe his body in water, and be unclean until evening. A man who is clean shall gather up the ashes of the cow and deposit them outside the camp in a clean place, to be kept for water of lustration for the Israelite community. It is for cleansing. – Numbers 19: 2-9.

This is what is known as the “Ritual of the Red Heifer.” Notice that it requires a very special cow, a priest, and the proper setting for a sacrifice. The only such place is the Tabernacle, and then after the Temple is built, the Temple in Jerusalem.

Once you have the ashes, then the unclean person can take action:

“With it” in this verse refers to the ashes mixed with water, according to Rashi. So we are to take the ashes of the cow, and mix them with water for cleansing. This, too, is a ritual:

Some of the ashes from the fire of cleansing shall be taken for the unclean person, and fresh water shall be added to them in a vessel. A person who is clean shall take hyssop, dip it in the water, and sprinkle on the tent and on all the vessels and people who were there, or on him who touched the bones or the person who was killed or died naturally or the grave. The clean person shall sprinkle it upon the unclean person on the third day and on the seventh day, thus cleansing him by the seventh day. He shall then wash his clothes and bathe in water, and at nightfall he shall be clean. If anyone who has become unclean fails to cleanse himself, that person shall be cut off from the congregation, for he has defiled the LORD’s sanctuary. The water of lustration was not dashed on him: he is unclean. That shall be for them a law for all time. Further, he who sprinkled the water of lustration shall wash his clothes; and whoever touches the water of lustration shall be unclean until evening. Whatever that unclean person touches shall be unclean; and the person who touches him shall be unclean until evening. – Numbers 19: 17-22

So the person who touched the dead body (to perform a mitzvah) can’t purify himself. He faces a week-long process in which someone else has to mix the cow ashes with water and then sprinkle the first man with the mixture.

To return to Beha’alotecha, this week’s portion, the men who were handling the dead body can’t celebrate the Passover sacrifices on the appropriate day, because it will take a week for them to become tahor [ritually clean.] What are they to do? Moses doesn’t know, so he tells them to wait while he consults with God.

Finally, they get an answer: for people like themselves, or who cannot celebrate Passover because they are away, they can observe Passover a month later! This is the origin of Pesach Sheni, “Second Passover,” which you may have seen on a Jewish calendar.

In the midst of what seems an utterly arcane, impossible set of rituals, we still have this important principle: Torah is not meant to be impossible.

When all seems impossible (How shall these men observe Passover?)  and at other points, Moses returns to the Tent of Meeting to ask God for clarification about rules that don’t quite work. Later on in our history, it would become the task of rabbis to figure out how to make Torah do-able for real live Jews. Or, as teacher and writer Blu Greenberg writes “Where there’s a rabbinic will, there’s a halakhic way.”

As for the issue of tamei/tahor, ritual purity, that became effectively moot with the destruction of the Temple in the year 70, since the whole Ritual of the Red Heifer requires the Temple. The act of immersion in a mikveh [ritual bath] substitutes for the purification ritual of Biblical times. As my Talmud professor Rabbi Dr. Dvora Weisberg used to point out, it is merely a substitute and in fact, since 70 CE, the state of ritual purity is impossible.

What are we to take from this? Ultimately observance is up to each Jew. For some, observance according to traditional rules seems the best way. For others of us – myself included – some rules belong to history. I am more concerned about whether my words and actions are pure than whether my person is in a state of ritual purity. And you, dear reader? Your choices are up to you.

*The Red Heifer and the purification ritual are from Parashat Chukat, three weeks after this portion. One of the curiosities of Torah is that it doesn’t always present things in an order that seems logical to modern, post-Enlightenment minds.