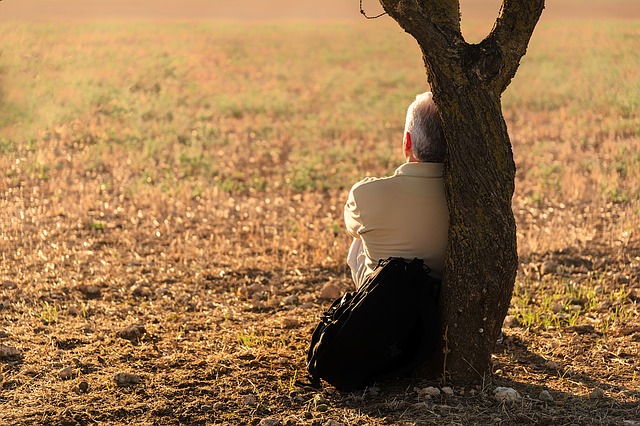 Image: A man sits under a tree, thinking.

Freedom.  I have to admit that after hearing that word used as a mantra by every imaginable flavor of politician, I have trouble connecting with it.

So I tried looking back at the story, to get this idea back into context.  The Hebrew people followed Moses out of Egypt after a huge struggle between their God and Pharaoh.  Once they got to the far side of the Sea of Reeds, they celebrated because they were “free.”  And then almost immediately they began kvetching because life was hard, and the food was really bad.

What I learn from this is that whatever freedom is, it will not necessarily make me happy.  Back in Egypt, the Hebrews had taskmasters to tell them what to do.  They had guys with whips to preserve law and order.  They did not have to contend with the desert.  They did not have to take responsibility for themselves.  All of this suddenly turned into “the good old days” as soon as they were free in the desert.  They became noisily, chronically unhappy.  And yet this is the freedom we celebrate on Passover:  leaving Egypt.

Freedom is not being able to take breaks when I want, or to raise as many male children as I want, or to carry a gun, or to burn a flag.  Freedom is not merely being free to indulge myself.  And the “freedom” of the U.S. Constitution, whatever it is or will become, is not necessarily the freedom of Exodus.

The freedom of Exodus was the freedom to walk into the desert, with my people, and to be responsible for ourselves and for one another.

And before I write anything more about that, I need to think about it some more.