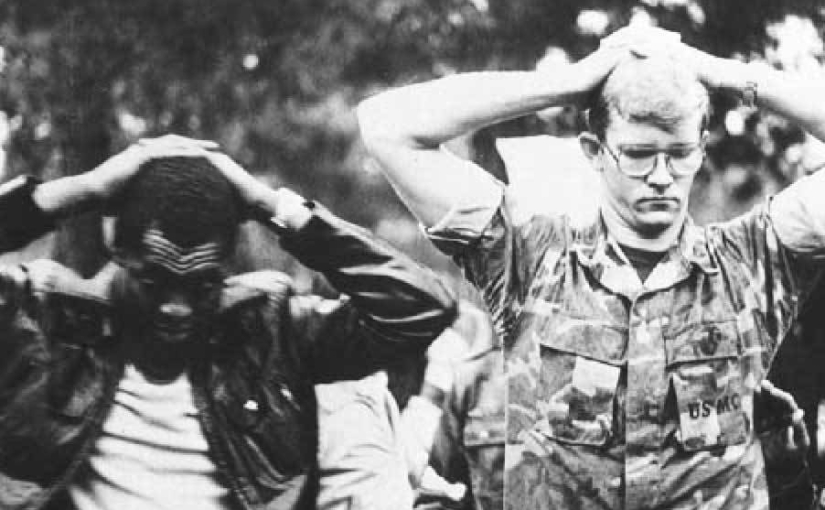 The “partial government shutdown” has now been going on for over a month. Federal workers are working without pay or not working at all – and will never be paid. People are losing their homes, dodging bill collectors, and having to worry about food for their kids.

All this, because the present administration takes hostages.

The Trump Administration decided to discourage asylum-seekers from applying to the U.S. at our southern border. To accomplish this, they have separated parents from children, in many cases not bothering to track where those children went after the separation. Their apologists say, “Well, don’t break the law” – but those children will be scarred forever and will probably hate the U.S.

All this, because the present administration takes hostages.

But now we have an administration that takes hostages: little children, people running from unimaginable trouble, and its own workers.

It’s time we stood up to this government that has no shame and no morals. I’m contemplating what an all-day-5-days-a-week picket of the federal building in Oakland would do to my body, and I want to cry at the thought, but I feel a moral imperative to take action.

Ideas, my readers? What shall we do? Watching TV and railing on Twitter isn’t enough. Arguing about Women’s Marches isn’t enough. Sending letters doesn’t seem to be doing the job.