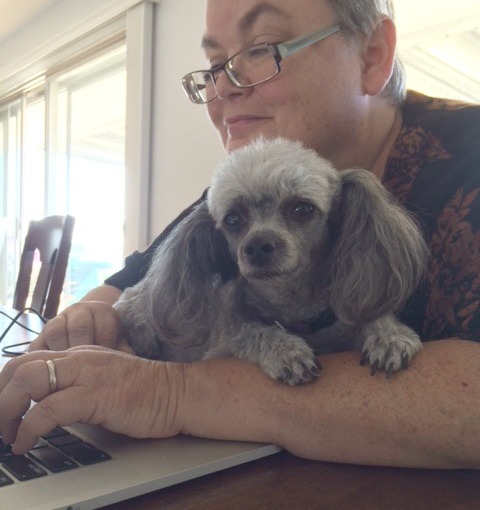 Thousands of years ago, human beings and dogs formed a partnership that lasts to this day. We know that ancient Egyptians held cats in such reverence that one of their gods, Bastet, was often pictured as a cat. Other animals have sometimes been the companions of human beings, and those bonds can be deep and powerful.

This is one issue upon which the Torah is largely silent. The closest we have in rabbinic literature to a mention of dogs as companions is in a midrash, a rabbinic comment upon a story in Torah, which says:

To protect Cain from being killed, a dog was given him, who accompanied him and protected him against all comers. – Bereshit Rabbah 22:12

Given this long history of connection, and given the strong affection between some animals and humans, a person might ask, “May I say Kaddish for my beloved pet?”

Modern rabbinic responsa (official opinions written by learned rabbis) are firm on the subject: mourning for animals must be kept separate from mourning for humans. So the answer is no, we do not say kaddish for animals, even the most beloved ones.

Some pet lovers find this ruling hurtful: “I am grieving, so why should I not mention my beloved pet at the Kaddish?”

By “differently” I am not specifying a quantity. There are people who have had more satisfying relationships with animals than with other human beings. Where the “fault” lies for that is not the issue: it is simply a fact. Animals are different from people. For some animal lovers, the loss of a pet can be genuinely devastating.

The fact is, Jewish tradition does not have forms for mourning animal companions. However, conversations about mourning for animals are emerging. The site Ritualwell.org has several interesting articles on the subject, including:

Grieving the Loss of a Pet by Rabbi Rona Shapiro

Burial Service for an Animal Companion by Rabbi Susan Schein

Animals are part of God’s creation. As such they are sacred, just as the earth itself is sacred, as human beings are sacred. Losing an animal companion can be wrenchingly difficult. If you are suffering through such a loss, you have my sympathy.

Readers who would like to do so are welcome to leave stories and memorials to beloved pets in the comments.

7 thoughts on “May I Say Kaddish for my Pet?”