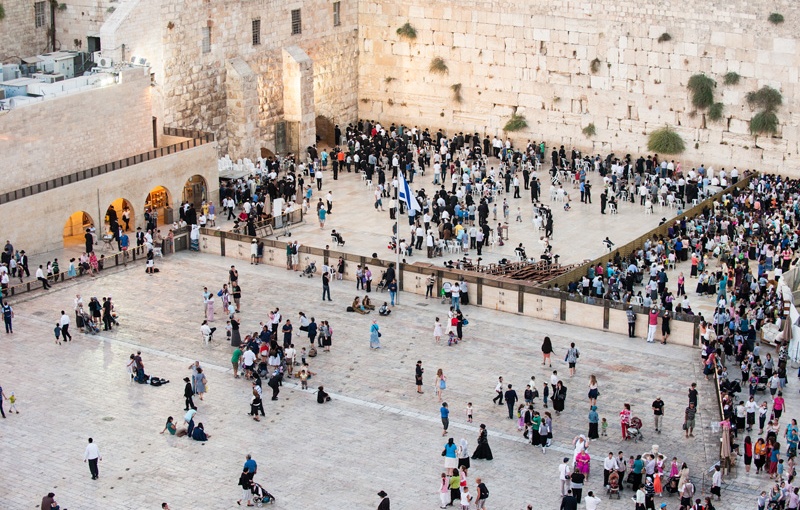 For 28 years, a small group of Jewish women, the Women of the Wall (WoW), have insisted on their right to pray according to their own traditions at the Kotel, the Western Wall in Jerusalem. Every month on Rosh Chodesh they showed up at the crack of dawn and tried to hold services. The Kotel is managed by the Chief Rabbinate of Israel, the official Orthodox arm of the government, currently controlled by Haredim.

The official rules at the Kotel, set by this office, were that it was to operate like a Haredi synagogue. Women’s voices were not to be heard, except for loud crying on Tisha B’Av. Men and women have separate areas and there must never be any mixing of the two. Strict dress codes are enforced. All prayer meets Haredi standards, which means that only men can pray aloud, and only men may handle a sefer Torah. The Women of the Wall, challenging these rules and petitioning the Israeli courts for limited exceptions to the rule, were met with 28 years of violence and abuse, yet they persisted.

This past week, the Israeli Government, along with the Reform and Conservative Movements in the United States announced a “breakthrough agreement” in which a separate portion of the Temple Mount area will be set up for egalitarian services and mixed groups for prayer. The “Robinson’s Arch” area is around the corner from the Kotel Plaza.

Talks to bring about this new agreement have been going on secretly for some time. Member of Knesset Michael Oren, former Israeli ambassador to the U.S., was interviewed for an article in the Jerusalem Post in which he talked about his reasons for getting involved in the talks. He was deeply concerned about the escalating violence at the Kotel, and worried about the impact of the ongoing dispute on U.S.- Israel relations. As with almost anything else in Israel, nothing was simple.

So why I am not celebrating along with my fellow American Jews?

So I can’t celebrate this news. Perhaps the people who have negotiated it are much wiser than I and this really is the best course. What I notice, though, are the casualties and what feels to me like a rather casual attitude towards them.

I confess that my personal feelings about the Kotel are pretty cold. It seems to me that it has fostered a lot of sinat chinam [baseless hatred] among Jews since its liberation in 1967. I know that many feel it is the holiest place in Judaism because Jews have prayed there for so many centuries. But it is a wall built by a very nasty man, King Herod, who taxed the life out of Jews to remodel the Temple in a fruitless PR effort and a lot of ego. Moreover, those stones are merely a retaining wall, not a part of the Temple proper.

I supported the Women of the Wall because I thought they had a point: if we were going to claim that the Kotel belonged to all Jews, then dictating to women that they had to be quiet and that they could only pray one way there was not right. If this current arrangement is really the best we can do, it just makes me sad.