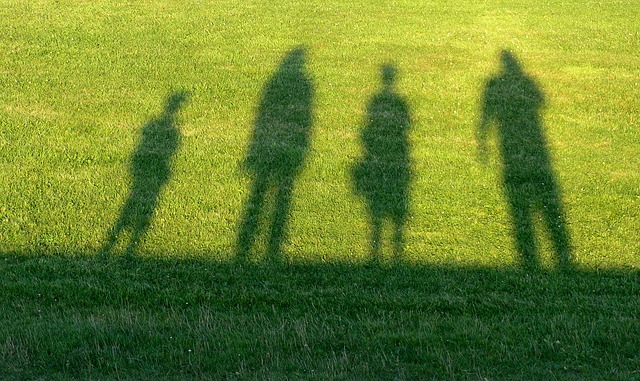 A while back I wrote A Beginner’s Guide to Hebrew Names. A thoughtful reader of this blog commented over on twitter that I neglected to talk about the Hebrew name of children of interfaith marriages. Excellent question!

If you haven’t read the earlier piece, it explains that Hebrew names include a given name and the names of the people through whom one has a claim to Judaism. So for children of two Jewish parents, their name follows the pattern Firstname  ben/bat  JewishFather’sName v’ JewishMother’sName. For a convert to Judaism, their name is Firstname-of-their-choosing ben/bat Avraham v’Sarah. (If that doesn’t make sense, you might want to click on the link and take a look at the other article before reading further.)

I did an informal survey of Reform rabbis about this very question a few months ago.

Out of eight rabbis who replied, three said they included the name of the Gentile parent, transliterated to Hebrew.  So Ruthie, whose parents are David (a Jew) and Susan (a Catholic) would have the Hebrew name Rut bat Da-veed v’Su-san.  Or Joe, son of Steve (Hebrew name Shlomo) and Jane (a Methodist) would have the name Yosef ben Shlomo v’Jane.

The other five rabbis said, no, they only use the name of the Jewish parent, so the children above would be Rut bat Da-veed and Yosef ben Shlomo. Almost all rabbis mentioned that they would be very careful to mention both parents’ names in English at an event like a bar mitzvah or naming. This is a more traditional answer.

It’s a delicate subject, because names and family relationships are close to the heart. The latter approach is more in line with strict Jewish legal terms, but given that we are commanded to “Honor father and mother,” naming the non-Jewish parent also has its logic.

What do I think? I think that as a general rule, the traditional answer makes sense. I love my parents, but I did not receive the Torah from them; I receive it through the merit of Abraham and Sarah. My biological parents are not in my Hebrew name because it is my “ID” when I am called to the Torah, and it has to do with my credentials as a Jew, without any rejection or disrespect to them. However, in a case where the non-Jewish parent has been instrumental in raising a child as a Jew, I can see the logic of including their name. As with many things in Jewish life, there is a theoretical answer, but in real life I would make the call on a case by case basis.

Again, if that was gibberish, take a look at A Beginner’s Guide to Hebrew Names. I invite your comments!

7 thoughts on “More About Hebrew Names: What if I Have One Jewish Parent?”